SCHIPHOL AIRPORT–A total of 45 students from St. Maarten, St. Eustatius and Saba arrived in the Netherlands on Monday morning. Students came in on two different flights and received a very warm welcome by St. Maarten Unified Connection (USC), the Cabinet of the St. Maarten Minister Plenipotentiary, the student support division of Aalse and Partners, family and friends.

A loud cheer announced the entry of the group of St. Maarten students in the arrival hall a little after 12:00 noon. First greeted by the staff of St. Maarten House, with Minister Plenipotentiary Henrietta Doran-York up front, the students wearing a blue shirt with 37 square miles on it subsequently walked past the St. Maarten flag and USC’s banner.

The names of the students were then checked off on the list, after which it was time for hugs and cheers by friends and a few relatives. After a group photo, the newly arrived students and the USC volunteers were off by bus to a nearby hotel for further instructions, before leaving for their individual cities.

The welcome for the Saba and Statia students hours earlier felt cosier, perhaps due to the small size of the group. Roos Leerdam-Bulo of the Student Support division of Aalse and Partners, Director Carla Aalse, and a number of volunteers, including three elderly students from St. Eustatius and Saba, received the newcomers.

After the arrival of the 32 students from Bonaire a few hours later, the group left for a hotel in Amsterdam for a 3-day programme, where the students will receive information on, among other things, various aspects of studying in the Netherlands, health insurance, the banking system and the public transport system.

Dutch Caribbean student association Antuba from Rotterdam will provide an explanation of its organisation, while officials of Dutch study financing organisation DUO will give an informative session, and a community police officer will talk about life in the Netherlands.

Unlike their St. Maarten peers, the 43 students from Bonaire, St. Eustatius and Saba will only travel on to their city on the third day, along with 16 volunteers who will get them acquainted. The majority, about 20, will live in The Hague. Some of these students will be studying outside The Hague, in Rotterdam and Delft.

The Hague is also a favourite among the St. Maarten students: the majority will live and study here, as well as in Rotterdam, followed by Eindhoven and Breda. USC will coach the newcomers during the entire orientation week.

“We try to have one volunteer for every two students,” USC Netherlands Chapter Director Christella Garard told The Daily Herald. The volunteers are all St. Maarten students and young professionals, who have been residing in the Netherlands for at least one year.

The newly arrived students receive more or less the same information about studying in the Netherlands and all its facets as the students from the Caribbean Netherlands. “They are also taught how to cope with stress, how to take care of themselves and how to budget,” said Garard.

The majority of the new batch of St. Maarten students will study at higher vocational HBO level, while some will attend an MBO school, and a few will go to the university. Of the new Caribbean Netherlands students, the majority will study at MBO level. There are quite a few minors; the St. Maarten group counts eight and the Caribbean Netherlands group no less than 11. For that reason, some of the younger students are accompanied by a guardian or parent.

The number of students going to the Netherlands has been steadily increasing. Roos Leerdam-Bulo said the 43 students from the Caribbean Netherlands was a record number. The number of St. Maarten students also went up from 30 last year to 34 this year.

A lot of effort went into the preparation for the arrival and guidance of the new students. Appointments had to be made with different authorities, workshops had to be organised, and accommodation had to be fixed. This was the second year for Student Support of Aalse and Partners.

However, for USC it was the first time that it was officially placed in charge of the orientation week for the new St. Maarten students. “We always helped out, but we now have a contract with the St. Maarten Study Financing Division to officially guide the new students. We are very happy about that,” said Garard.

One of the USC volunteers sharing a warm welcoming smile and offering a helping hand was Lashonda Laurence, an international and European law student in Groningen, sporting a T-shirt, “I’m an orientation 2017 volunteer” like the others. “I want to help out. I moved to the Netherlands two years ago, and I know what it’s like to come here by yourself,” she said.

Lashonda’s advice for the newcomers: “It is a big change from where we come, but be persistent in your endeavours, don’t be discouraged. There will be hard days, but don’t be too tough on yourself, make the best of it and study hard.”

As published on the daily herald: https://www.thedailyherald.sx/islands/68120-windward-islands-students-arrive 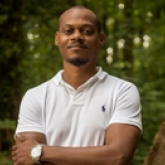 Duane Meade is the treasurer on the Executive board of USC foundation. Overseeing strategic development and funding across the Netherlands and St. Maarten.